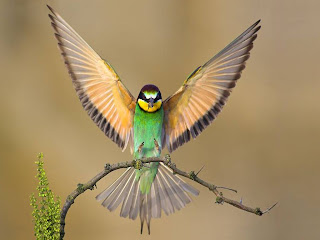 The world is in transition, we are slowly crystallizing into a new global civilization. This transformation calls for a redefinition of many words and conceptions. One of these conceptions that needs to be redefined is that of the family. The family is so important as it is the foundation of this global civilization. It is in the family where we learn the attitudes and habits which we will carry out into the greater society. Let us explore one of the Chief principles which must be present in a family after the jump.

It is not outrageous to suggest that the family, the world over, is in crisis. One example of the family in crisis is the long term effect of divorce on children. India, a country traditionally with one of the lowest divorce rates in the world, is experiencing an increase in the number of divorces. There are families with one or two members who dominate emotionally or physically over the others, there are families which work for their own selfish benefits at the expense of outsiders, and there are families which focus on on the immediate fulfillment of each members desires thus sacrificing true happiness. Drug and alcohol abuse are also problems affecting hundreds of thousands of families worldwide. As a result of so many families failing to function correctly many alternative "institutional arrangements" for the upbringing of children have been attempted in many countries all over the world.

The conclusion that must be reached after studying these social experiments is that while they have corrected "certain shortcomings", they have also created new problems in the character of the children which have been a part of them. Thus it is suggested that the most proper environment for the raising of children in today's world, is in a family where the children are living with both parents while also enjoying time spent with the extended family i.e. the grandparents, uncles, aunts, nephews, nieces, and cousins. The principles which must inform how this family should interact with each other, must be the same which are to help guide the process of constructing a new world civilization which is rich in spiritual qualities, but also rich materially.

There are many principles which should govern the interactions of family member and today we will discuss the one which is chief among them. This principle is the equality of men and women. To achieve this equality everywhere in the world and in all activities has been called "one of the greatest challenges of our times". It is in the family where we shape many of our attitudes towards greater society, and unfortunately where many of the inequalities which exist today against women get their start. In the first module of the Baha'i Academy's "Education in Universal Human Values" course our first practical exercise is to have the participants reflect on three instances of inequality in their own extended families and then create steps to help establish equality. Given below are some actual examples of inequality experienced by the Academy's participants, both students and teachers of other universities, and the according action which they felt would help improve equality.


"In my family, there is female infanticide. I would make them know about the value and importance of the female. I would also explain to them the laws against female infanticide and show some encouraging posters showing that males and females are equal."

"My Uncle and Aunt decided to stop my female cousin's studies and are forcing her to get married. I will talk with my aunt and make her understand that education is a must, and she should not force her (the cousin) to go against her wish."

"I'm not allowed to wear western dress whenever my grandparents or relatives are sitting together. I'll try to discuss with my parents that wearing any kind of dress doesn't make any difference in my thinking. My respect and behavior towards the family will be the same always. I'll also maintain my decency."


"In my neighbor's home, the men eat first and then the leftovers are eaten by the women. I will tell them that this is not right, the equality of men and women is very important for our family. You should take your meal together because the women are a basic unit of our family."

"My uncle is very dominant, he just doesn't consider my Aunty's decision. I will have a family meeting. I will keep this point that we must consider each and everybody's decision and there must be gender equality."

"My uncle is ready to send his son for higher studies, but not the daughter. He thinks that the daughter gets married early and what is the need for educating her. I will show the problems in society which are occurring due to illiterate women. I will tell him that once one girl is educated, then she will be able to give her proper morals and education to her children. She will solve many problems by her own action."

"At the time of decision making, the male members are allowed to speak and the women are not allowed to give suggestions. I will explain to them that women are also intellectual and are able to make good decisions. Women can also offer some suggestions which may be better than men, so they should be given equal chance to speak."

The students then write up a report and we follow up with what the outcomes of the action were. It is in this way that we can learn together how to enact a change in our communities. In summary, the family is the basic foundation of society as this is the space where the majority of our attitudes and behaviors are formed before we bring them out into society. The family as an institution is in crisis due to the lack of principles to guide its relations. As a result of this crisis, many alternative arrangements have been created by society to raise its children. These alternatives cannot be a replacement for a child being raised in a family with both parents and contact with the extended family. The chief principle which must govern a families relationship is the equality of men and women.

Have you experienced or witnessed in your own life inequality between men and women? What are some of your experiences with working for equality? Please give your comments below.
Posted by Panchgani Workshops at 03:00

Panchgani Workshops
This is the blog created at the Bahá'i Academy to be a companion to the first module of the "Education in Universal Human Values" course. This module deals with the fundamentals of developing moral capabilities. you can visit the website of the Bahá'i Academy at: www.bahaiacademy.org

Other blogs by Baha'i Academy